No soy residente argentino - I live outside Argentina

37 GERMANY - POSTAL HISTORY
Auction #1924: WORLDWIDE + ARGENTINA: General June auction
Cover /      Cat.#:
VF.     PRISONER OF THE CRUISER CAP TRAFALGAR in Argentina during World War I: The ocean liner Cap Trafalgar was converted to an armed merchant cruiser at the start of the war, and it was disguised as the British merchant cruiser Carmania so she could approach enemy merchant ships and sink them. On September 14, 1914 by coincidence the real Carminia (which had also been armed) spotted the Cap Trafalgar near Trinidad Island in Brazil, and after a long battle of over 2 hours the Cap Trafalgar was destroyed and sank (with 51 people onboard). The survivors were taken as prisoners to Martin Garcia island (Argentina). This postcard was sent by one of those POW sailors on 4/AU/1915 to Punta Arenas (Chile), excellent quality and very rare!
Starting Price: US$ 500       Current Price: US$ 500
Bid US$ 550 or more     Closing: 2019-06-27 22:15:00 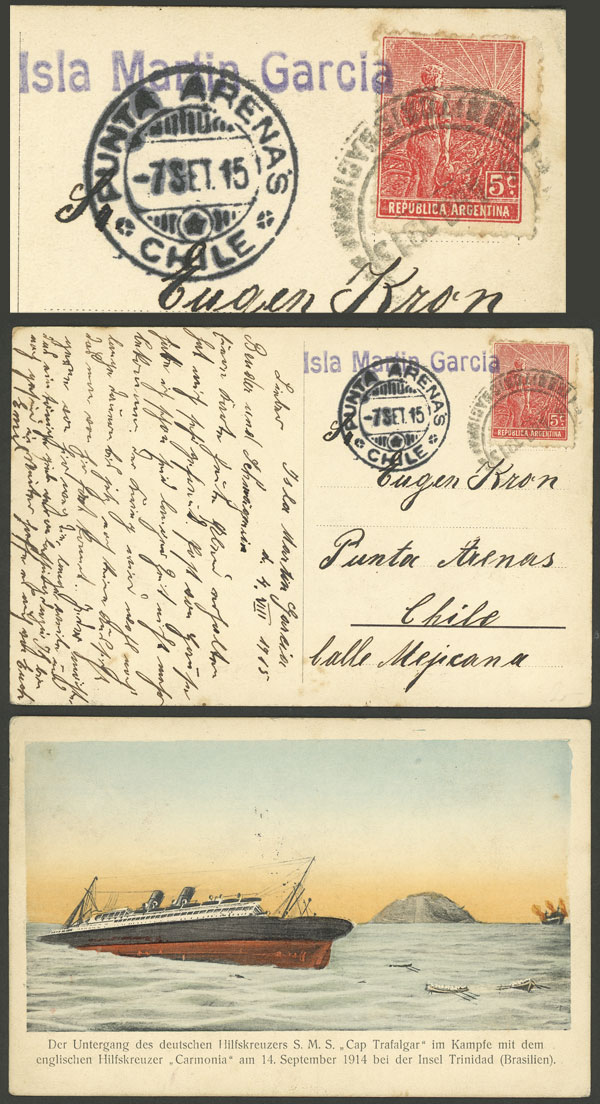